Friday – From the #History Files

In REBELS, Lou’s grandmother, Bertie, is what we in the South call a “hoot. I have a few hoots in my own family tree. Last week I mentioned the story of John and how his death resulted in some of the worst-named children in history. Today I want to tell you about his widow, Alcie. 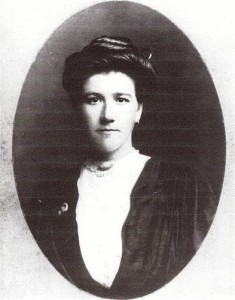 Alcie would be my great, great-aunt. When her husband was killed, he left her with four small children. Alcie had to find a way to support them all so she began bootlegging. A single woman, alcohol, yada-yada-yada, before you know it she’s got three more kids! While I’m sure that was shocking at the time, it doesn’t seem to have caused too much of a stir. Then Alcie became pregnant a fourth time. For whatever reason, this pregnancy caused a firestorm of gossip. Everyone in town wanted to know, “WHO was the father?” Perhaps Alcie had a flair for the dramatic because she wasn’t telling.

Finally, the day came and Alcie gave birth to a healthy baby which she promptly named Harvey Dibbrell Terry. It was a perfectly fine name except for two things. One, the baby was a girl. And two, the name already belonged to a very prominent, very MARRIED man in town.

Oh, Alcie. You may even qualify as a hoot and a half!