Skip to content
Home > Uncategorized > From the Friday History Files – Illiteracy Has A Price
Published May 8, 2015 by Lisa Lewis Tyre

From the Friday History Files – Illiteracy Has A Price

One of the saddest tales in my family tree involves my great-aunt, Eliza Dillon Lewis, (1860- 1952). I’ve been hearing her story since I was a young woman and it never fails to move me. 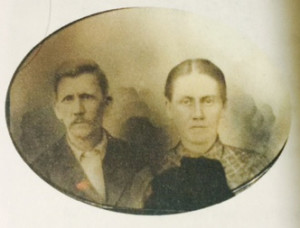 Eliza was married to John Wesley Lewis, a farmer, who was “self-educated.” We know that he preached and taught Sunday School, but evidently Eliza was not educated at all.  They had five children, Lennie, Julie, Luther, Lora and Lou. When Lora was 29, she became very ill and sent for her mother. Poor Eliza couldn’t read and when it came time to give Lora her medicine, gave her POISON instead. Lora died shortly after drinking it, and the family said that Eliza nearly lost her mind.

Mother’s Day is around the corner, and I for one am grateful that I live in a time where reading is not considered a optional skill for a woman!