Friday From the History Files – Fighting for Felix Zollicoffer

In REBELS, Lou lives in a small town called Zollicoffer (named after General Felix Zollicoffer) and finds out that her great-great-great grandfather was a Confederate solider. I’d already written the first draft of the book when I found out that mine was too!

A couple of years ago, my family held a Halfacre reunion. After a fun afternoon of good food and conversation, we were preparing to leave when a young man walked up and asked if we were coming to the Andrew Halfacre memorial immediately following the reunion. (You remember Andrew, my great-great grandfather? He was the one who was accused of running around with numerous lewd women.) Turns out he was  was in the Civil War and served under Felix Zollicoffer himself! Obviously, we had to go.

My family climbed in the truck with my mom while my cousins who were visiting from Michigan said they’d meet us there. As we headed down the tiny back roads, down the gravel lane, through the yard and into the field behind some stranger’s house, I realized I REALLY, REALLY wanted my Yankee cousins to find us.

Cause I walked up and saw this – 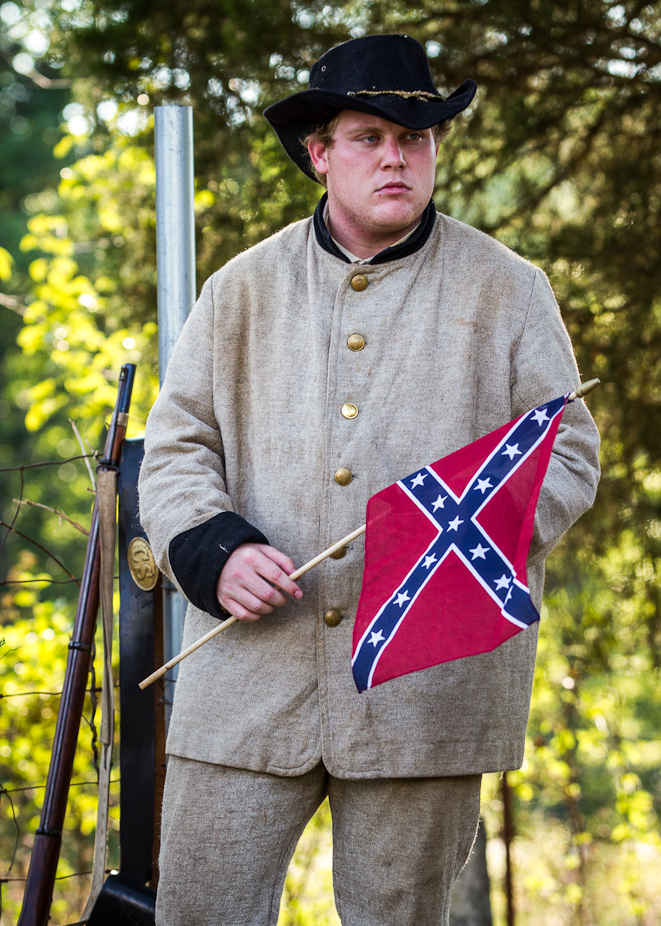 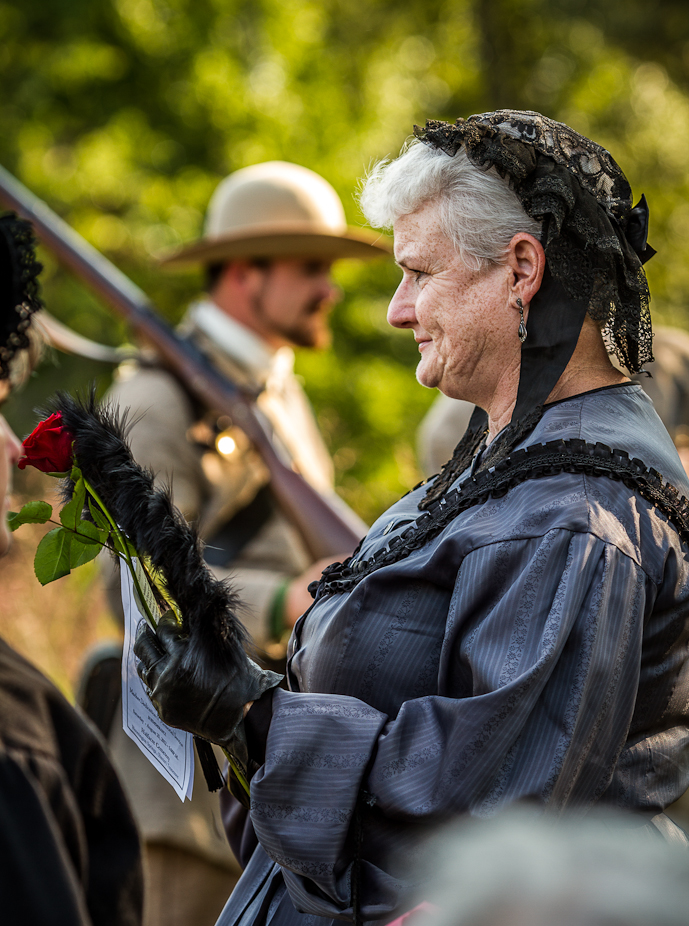 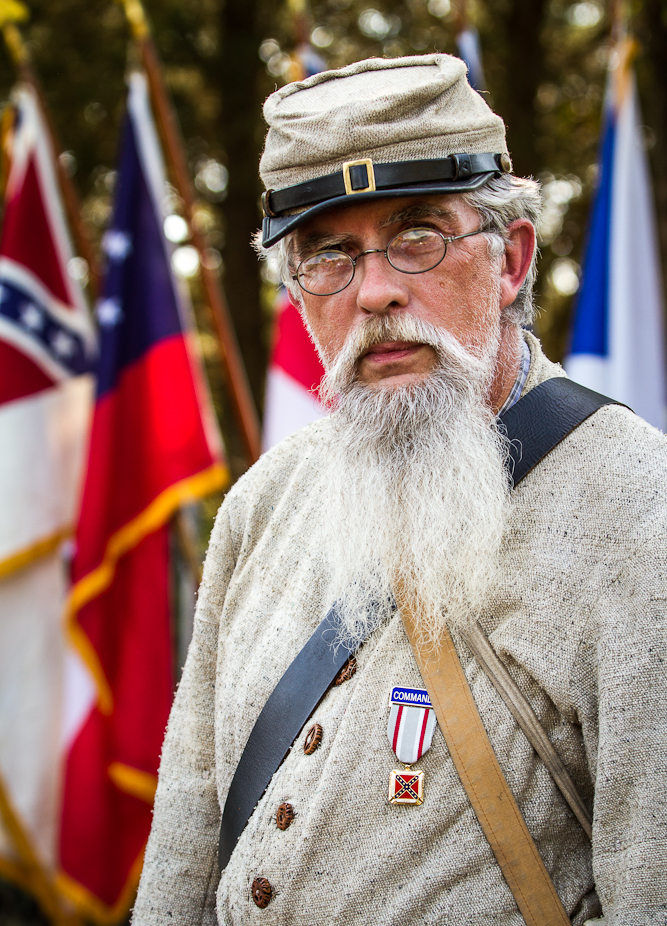 My cousins arrived just in time to hear the commander say the Pledge of Allegiance to the American flag, a pledge to the Confederate flag, and to hear a quick history about The War of Northern Aggression which was not about slavery but about the greedy North trying to tax the South to death. Also, Abraham Lincoln beat his wife.

My sweet cousin, Amy, leaned over and whispered, “This is like something out of a MOVIE.” 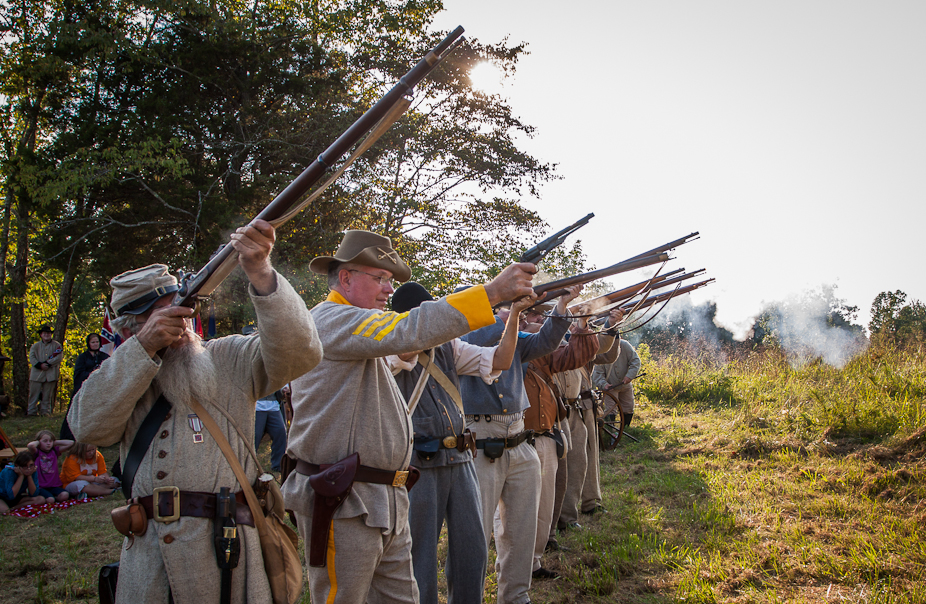 Amy was a trooper but I’m pretty sure she lip-synched through the Confederate flag pledge.

In REBELS, Lou finds a diary that shows her ancestors changing stance on the War. I’ll keep looking for Andrew’s! Maybe I’ll find that it was his guilt for fighting for the Confederacy that drove him into the arms of all those women.