Books All Young Georgians Should Read

I was recently honored to find LAST IN A LONG LINE OF REBELS had made the Georgia Center for the Book‘s yearly list – Books All Young Georgians Should Read.

Honored, blown away, undone, I felt ALL the feels. I had hoped that people would like the book, but you just never know. So, thank you, Georgia Center for the Book!!

If you know a young Georgian, today would be a great day to send them a copy of REBELS because it is releasing in paperback for only $8.99!

Sheila Turnage meets Kate DiCamillo’s Because of Winn-Dixie in this debut about a small town and a young girl who discovers some old family secrets.

While you’re shopping, how about taking a look at these titles? They are the other books on the Books All Young Georgians Should Read. You can’t go wrong with any of them!

A creative young boy with a passion for practicing origami finds a surprising source of encouragement on his diverse city block.

Joey loves things that fold: maps, beds, accordions, you name it. When a visiting mother of a classmate turns a plain piece of paper into a beautiful origami crane, his eyes pop. Maybe he can learn origami, too. It’s going to take practice — on his homework, the newspaper, the thirty-eight dollars in his mother’s purse . . . Enough! No more folding! But how can Joey become an origami master if he’s not allowed to practice? Is there anywhere that he can hone the skill that makes him happy — and maybe even make a new friend while he’s at it?

The Star-Touched Queen by Roshani Chokshi

Fate and fortune. Power and passion. What does it take to be the queen of a kingdom when you’re only seventeen?
Maya is cursed. With a horoscope that promises a marriage of Death and Destruction, she has earned only the scorn and fear of her father’s kingdom. Content to follow more scholarly pursuits, her whole world is torn apart when her father, the Raja, arranges a wedding of political convenience to quell outside rebellions. Soon Maya becomes the queen of Akaran and wife of Amar. Neither roles are what she expected: As Akaran’s queen, she finds her voice and power. As Amar’s wife, she finds something else entirely: Compassion. Protection. Desire…
But Akaran has its own secrets — thousands of locked doors, gardens of glass, and a tree that bears memories instead of fruit. Soon, Maya suspects her life is in danger. Yet who, besides her husband, can she trust? With the fate of the human and Otherworldly realms hanging in the balance, Maya must unravel an ancient mystery that spans reincarnated lives to save those she loves the most. . .including herself.
A lush and vivid story that is steeped in Indian folklore and mythology. The Star-touched Queen is a novel that no reader will soon forget.

Simon vs. The Homo Sapiens Agenda by Becky Albertalli

Sixteen-year-old and not-so-openly gay Simon Spier prefers to save his drama for the school musical. But when an email falls into the wrong hands, his secret is at risk of being thrust into the spotlight. Now change-averse Simon has to find a way to step out of his comfort zone before he’s pushed out—without alienating his friends, compromising himself, or fumbling a shot at happiness with the most confusing, adorable guy he’s never met.

Incredibly funny and poignant, this twenty-first-century coming-of-age, coming out story—wrapped in a geek romance—is a knockout of a debut novel by Becky Albertalli. 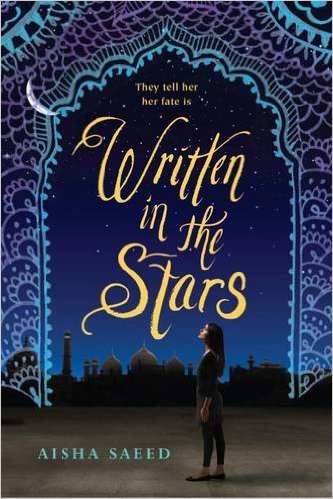 Written In the Stars, by Aisha Saeed

A heart-wrenching tale of forbidden love

‘A wonderfully complex love story unlike any you’ve read before. Saeed has given a novel that is both entertaining and important.”—Matt de la Peña, New York Timesbestselling author

Naila’s conservative immigrant parents have always said the same thing: She may choose what to study, how to wear her hair, and what to be when she grows up—but they will choose her husband. Following their cultural tradition, they will plan an arranged marriage for her. And until then, dating—even friendship with a boy—is forbidden. When Naila breaks their rule by falling in love with Saif, her parents are livid. Convinced she has forgotten who she truly is, they travel to Pakistan to visit relatives and explore their roots. But Naila’s vacation turns into a nightmare when she learns that plans have changed—her parents have found her a husband and they want her to marry him, now! Despite her greatest efforts, Naila is aghast to find herself cut off from everything and everyone she once knew. Her only hope of escape is Saif . . . if he can find her before it’s too late. 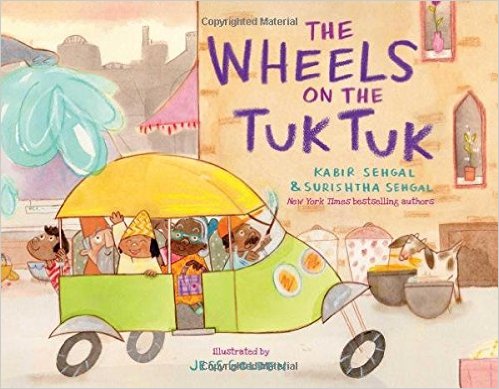 The Wheels on the Tuk Tuk by Kabir Sehgal and Surishtha

From the mother-son duo behind the New York Times bestselling A Bucket of Blessings comes a zany picture book about a wild ride on a tuk tuk taxi in India!

This picture book brings an international twist to the beloved nursery rhyme, The Wheels on the Bus, by bringing you aboard a busy three-wheeled taxi in India! Anything can happen as the tuk tuk rolls through town—from an elephant encounter to a tasty treat to a grand fireworks display. And in the midst of all the action, one thing’s for sure: passengers young and old love every minute of their exciting ride as the wheels of the tuk tuk go round and round! 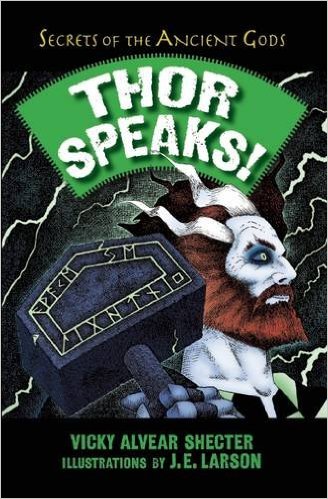 Thor Speaks!: A Guide to the Realms by the Norse God of Thunder by Vicky Alvear Schecter

One day in the distant future, Thor, the Norse god of thunder, is destined to battle the giant snake that threatens to devour the world. Until then, mortals of Middle Earth look to Thor and his magic hammer for protection from evil. In this third volume of the Secrets of the Ancient Gods series, Thor takes time from his duties to lead readers through the mythological Norse realms, those mysterious worlds that are home to gods, giants, elves, and monsters. He also delves into the age of the Vikings and reveals how they lived and what they believed. Using Thor as her humorous narrator, author Vicky Alvear Shecter provides a well-researched and unconventional nonfiction introduction to Norse mythology. Includes a glossary, bibliography, and index. 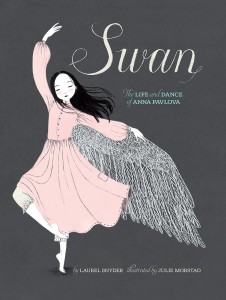 Swan: The Life and Death of Anna Pavlova, by Laurel Snyder

“An enchanting glimpse of a dancer whose name has come to be synonymous with her most famous role.”–School Library Journal, starred review

One night, young Anna’s mother takes her to the ballet, and everything is changed. So begins the journey of a girl who will one day grow up to be the most famous prima ballerina of all time, inspiring legions of dancers after her: the brave, the generous, the transcendently gifted Anna Pavlova. Swan: The Life and Dance of Anna Pavlova is a heartbreakingly beautiful picture book biography perfect for aspiring ballerinas of all ages. 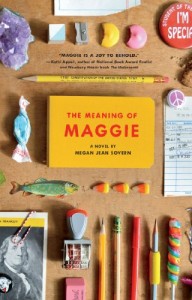 The Meaning of Maggie: A Novel, by Megan Jean Sovern

As befits a future President of the United States of America, Maggie Mayfield has decided to write a memoir of the past year of her life. And what a banner year it’s been! During this period, she’s Student of the Month on a regular basis, an official shareholder in Coca-Cola stock, and defending Science Fair champion. Most importantly, though, this is the year Maggie has to pull up her bootstraps (the family motto) and finally learn why her cool dude dad is in a wheelchair, no matter how scary that is. Author Megan Jean Sovern, herself the daughter of a dad with multiple sclerosis, writes with the funny grace and assured prose of a new literary star.

A portion of the proceeds of the sale of this book will be donated to the National Multiple Sclerosis Society. 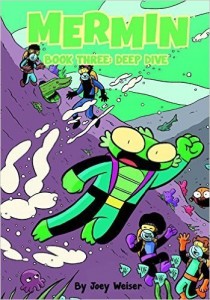 No one knows much about Mer, the underwater kingdom where Mermin the merman was born, but due to a rising conflict with the people of Atlantis, Mermin is needed back home immediately. Which means that his human friends get to accompany him and see all the aquatic wonders of Mer. But once again, Mermin is tight-lipped about his past – even when it’s swimming right in front of him. And there are enemies lurking in the seedier depths of Mer, who’ve got their sights set not only on Mermin, but on Pete and his friends!

Thank you again to the Georgia Center for the Book! Lou and the gang couldn’t be happier.

PS: If you are looking for a free curriculum guide for REBELS, click here.